THE LITTLE GRIFFIN IN THE ACROPOLIS MUSEUM

Once upon a time there lived a little griffin with blue wings. He lived high up on the Acropolis. This was his home. Every evening, he opened his wings and flew above the Holy Rock. He flew to the Parthenon and met with the riders on their horses. Next he flew to the museum and woke the statues and the drawings on the pottery urns. The little griffin spent his time laughing, teasing and making all sorts of mischief. That is, until the statues and urns moved to the new museum of the Acropolis.
In order to find his friends again, the little griffin sets off on a journey into the magical world of the museum. There, he comes across many obstacles.
Come join the little griffin on a fantastic walk through the new museum of the Acropolis and meet some of the most beautiful works of Ancient Greek art. 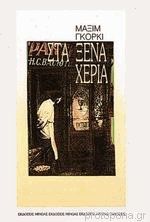